The client envisioned a house that would appear as if it had stood on the Westlake site for hundreds of years. An existing house on the site prone to flooding was demolished and the new house was woven between existing mature trees. The living room provides the heart of the house, acting as the original structure, around which the kitchen, bedrooms, baths and other spaces were added. Katheryn, working closely with the contractor, varied stone both inside and outside to simulate generations of additions and renovations. Mrs. McElroy and Katheryn acquired antique doors and fixtures from around Texas including the entire butler’s pantry, which was salvaged from a 1915 Fort Worth home that was demolished. The property includes a carriage house and a chicken coop. 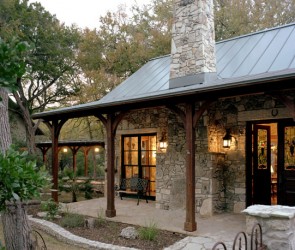 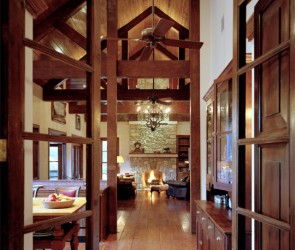 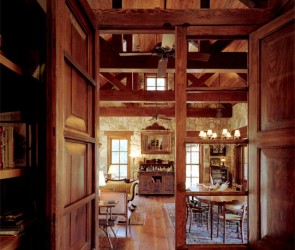 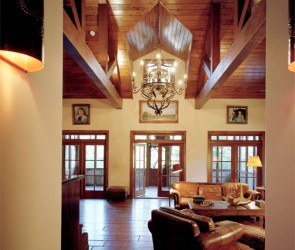 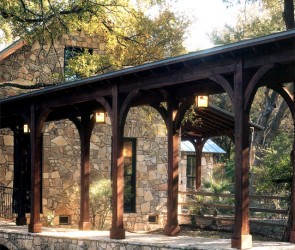 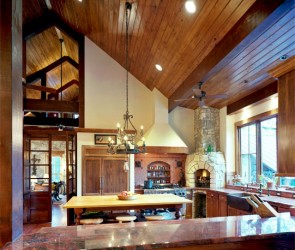 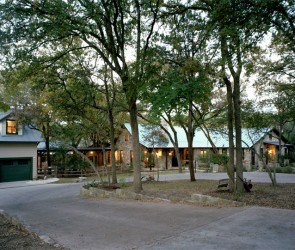 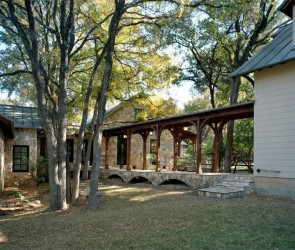 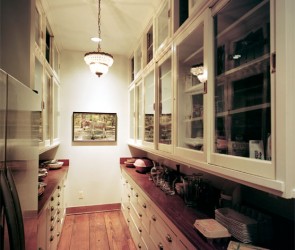 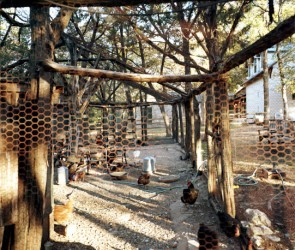